Study in the United Kingdom 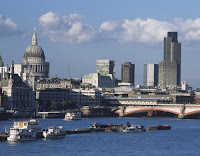 England is named a country of fog and home of football. The weather is very special because it snows now and a few hours later shines. However, it is seldom too hot or too cold for us. England is the door to Europe. Arriving in England, you can enter the other European coutries easily. And it is the country of multicultural population and home of English language. England belongs to the group of G7 – among the most developed countries in the world.

In line with high income average and living standard, culture, economy and technology science have developed

Education is placed at the top. Many old schools have international reputation and here is also the place of educational reform in the world. All degrees awarded by England schools are internationally recognized. European students take their opportunities of studying in England to see and have business experiences. Many England schools deploy their curiculums by helping students take chances to study for a year in European countries. Also, qualified academic staff and caring administrative will provide students with a nurturing and conducive atmosphere for their studies. Here, students can gain the most advanced civilization from all over the world, which leads to a bright future.

Popular posts from this blog

By myblogplus November 10, 2009
Australia is a great place of Vietnamese students to study abroad. The climate in Australia is very similar in Aisa, not too hot and too cold. Its official language is English. This is a multi-racial country with a stable political regime. One of the most remarkable is good education system and recognized around the world, so degrees and knowledge you gain from this education will expand career prospects
Read more

By duhocglobal November 11, 2009
Malaysia, 2.5 hour flight from Viet Nam, is a country of peace, beauty, security, rules and developed education system. Malaysian are Buddhistic and Moslem. Local people use 2 official languages: Malaysian and English Training programs: Colleges/ Universities of Malaysia have a lot of common features. All the programs taught in English are officially used by schools of England, Australia, USA, Canada, New Zealand and the degrees awarded by the mentioned countries.
Read more

By duhocglobal November 11, 2009
Switzerland located in Europe shares borders with France, German, Italia, Holland ………Switzerland has specific cultural characteristics. With a stable and developed economy, people’s income is one of the highest of the world. Education: Swiss education is recognised as being at the leading edge among schools world-wide. It has strong international reputation for its quality of teaching and learning in Tourism - Hotel Service management , Economics, Social Science and Humanities, Science and Technology, Applied Science…………………
Read more
Global Viet Center for Consultancy on International Education and Training